Is Laser Lipo the Best Choice For You? Everything You Need to Know About Laser Liposuction Procedures 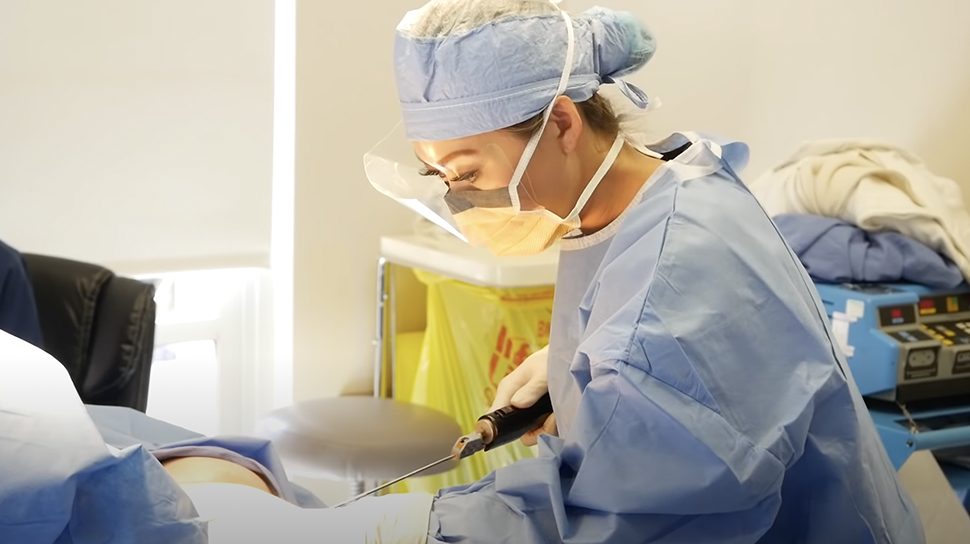 Have you been considering plastic surgery to improve your appearance? If you want to enhance your figure, liposuction is one of the most popular cosmetic procedures out there.

While traditional liposuction involves removing excess fat from problem areas of the body through suction, there are recent innovations in the methods used for liposuction that are on the rise.

For instance, laser liposuction is a type of liposuction in which laser energy is used to heat and melt fat cells before they are suctioned from the body. Many people seek laser lipo because it is considered to be minimally invasive, but is it as effective as traditional options?

Read on to learn more about laser lipo and how it differs from other methods of liposuction. 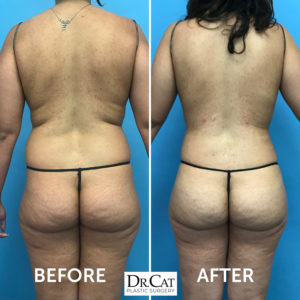 Liposuction is a cosmetic procedure that removes excess fat from various areas of the body, including the abdomen, arms, legs, back, thighs, and more.

While it is not a weight loss surgery, it serves as a great solution for stubborn fat that patients aren’t able to use through diet or exercise.

Liposuction is one of the most common plastic surgery procedures performed around the world, with more than 210,000 liposuctions being performed in the U.S. last year alone, according to ASPS.

Traditional liposuction typically requires general anesthesia and a stay at a plastic surgical facility. In some cases, local anesthesia may be all that is needed.

The procedure involves making small incisions around problem areas of the body and inserting a thin cannula into the incision to suction out excess fat. This is done strategically, removing fat from certain areas to create a slimmer, more contoured appearance.

A major benefit of standard liposuction is that it allows for fat transfer and body contouring. This means fat that is removed from a problem area can be transferred to the breasts or buttocks to create a fuller, more desirable appearance.

Expert cosmetic surgeons like Dr. Cat Begovic have perfected the art of standard power-assisted liposuction with specialized techniques and an innovative approach. Traditional liposuction with Dr. Cat produces remarkable results, but patients may be curious about other lipo methods.

What Is Laser Lipo?

Laser liposuction is a relatively newer method of liposuction that utilizes laser energy to remove fat. It is also known as “laser lipolysis.”

In a laser lipo procedure, a very thin fiber optic cable is placed under the skin. Laser energy is then transmitted through the cable into the surrounding fat cells, heating the tissue up to as much as 900 degrees and melting the fat cells.

The liquefied fat cells are then suctioned out with a thin cannula, creating a slimmer appearance. The procedure does not take long to perform and the recovery is often very quick.

Laser lipo is considered to be a more minimally invasive procedure than traditional liposuction, but it may not produce the same results.

In fact, studies have shown that many patients are not satisfied with their outcome after a laser lipo procedure. This is because the technique comes with many potential complications and adverse effects, which include burning, scarring, dimpling, lumpiness, discoloration, and skin necrosis. 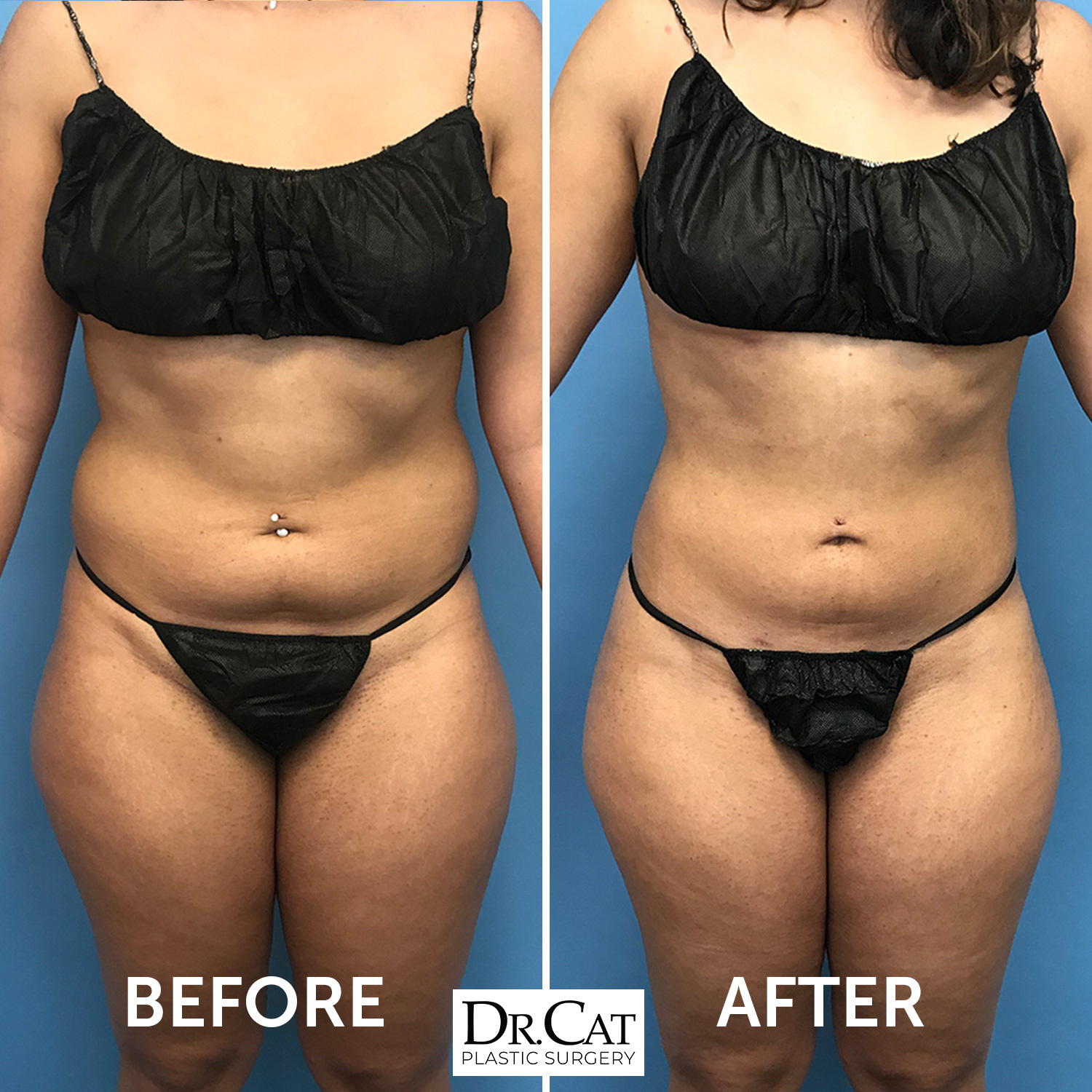 There are various types of laser liposuction that are performed in slightly different ways. Learn more about each type of laser lipo here:

Patients often seek SmartLipo because it is minimally invasive, involving only local anesthesia.

While SmartLipo is becoming popular, it does not produce the significant results that traditional liposuction does. Results are more subtle than those in standard liposuction and there is a risk for burns and scarring from the laser heat that is used.

Another downside with SmartLipo is that the removed fat cannot be transferred to other areas of the body in the way that it can be in standard liposuction. Since SmartLipo liquefies the fat cells, this is not possible.

AirSculpt is the least invasive form of liposuction. It is even referred to as “lunchtime lipo” because it is so quick and painless, patients can have it done on their lunch break and return directly to work.

AirSculpting involves a small 2mm hole being punctured into the skin through which air with a numbing solution will be injected. After the area is numb, a laser will be inserted into the hole to heat and melt the fat cells to be suctioned out through a thin cannula.

As with SmartLipo, fat that is removed through AirSculpt procedures cannot be transferred. There is also a risk of burning and scarring from the laser heat that is used. Patients report less satisfactory results than with traditional liposuction because the changes to their figures are more insignificant. 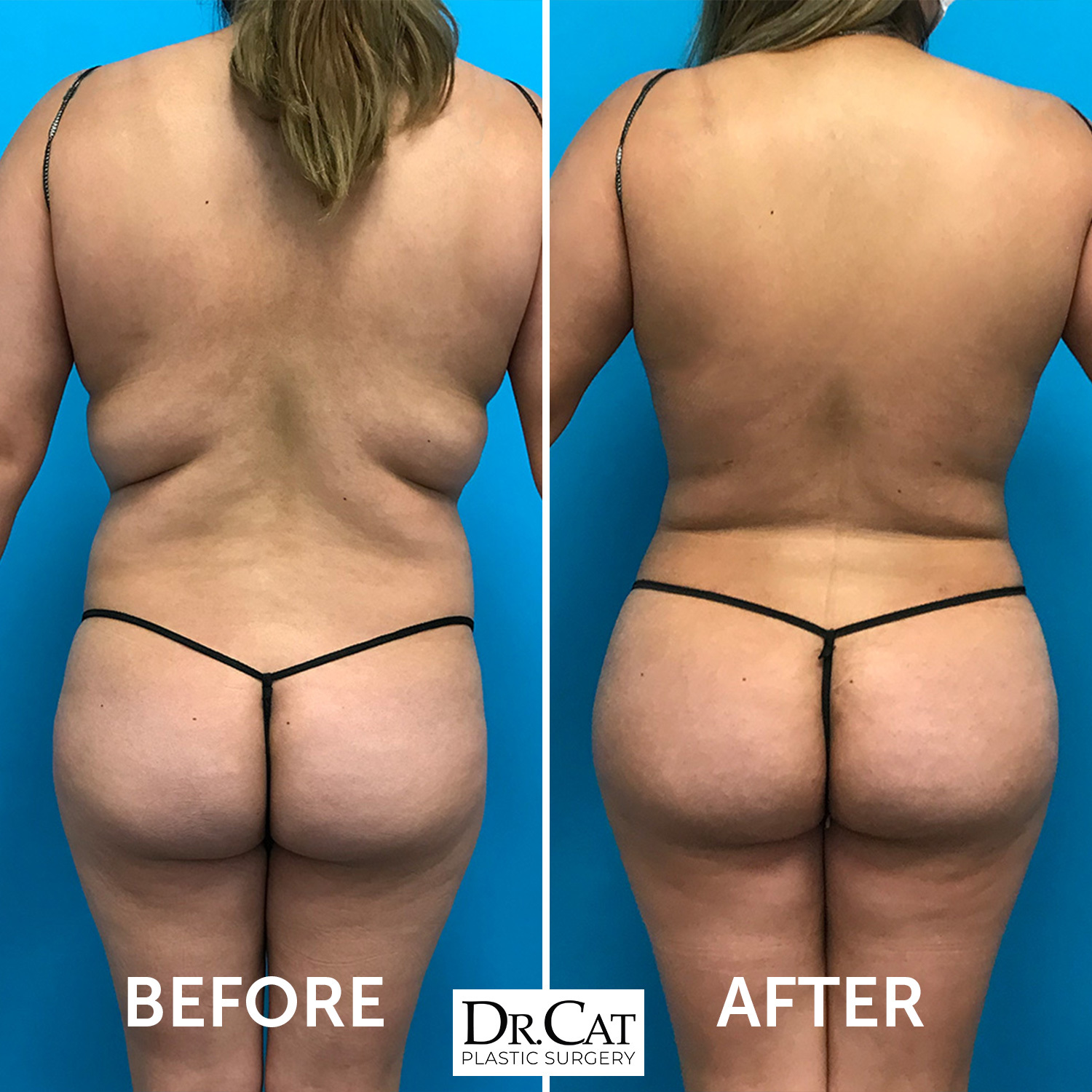 VASER Lipo is a form of liposuction that uses ultrasound technology to break down fat cells. It is sometimes referred to as laser lipo cavitation. Using vibration amplification and sound energy, powerful ultrasound waves loosen the fat deposits under the skin. A thin cannula is then inserted through an incision to suction out the loosened fat cells.

A procedure like VASER Lipo may be effective at creating a more sculpted appearance and revealing underlying muscle tone. It can be used as a way to provide ab etching, accentuating the underlying ab muscles that were previously under a layer of fat.

With that being said, VASER Lipo is not as effective as traditional lipo at removing larger deposits of fat.

Before seeking a liposuction procedure, it’s important to understand everything that it entails. The following are just some of the most frequently asked questions about laser liposuction:

How Effective Is Laser Lipo?

While laser lipo may be effective at removing unwanted fatty tissue, it simply does not provide the same results as traditional liposuction. Standard liposuction procedures can sculpt the body in a way that is more desirable.

This is especially true of liposuction with fat transfer, in which the body is contoured by removing fat from problem areas and moving it to areas that should appear fuller, such as the breasts, hips, and buttocks.

Some laser lipo procedures attempt to contour the body but produce unsatisfactory results, including asymmetry, dimpling, or lumpiness.

Since laser lipo inactivates the existing fat cells, it does remove them permanently. With that being said, it is still possible to regain weight after laser liposuction.

Do I Need Multiple Sessions for Complete Results?

The need for multiple sessions depends largely on the type of laser lipo performed and the desired results of the patient. If you want many different areas of the body to be liposuctioned, you may need to break your treatment down into multiple sessions.

Procedures like SmartLipo can leave burns from the laser energy that is used to melt fat cells. Laser lipo procedures can also leave scarring when incisions are involved.

How Much Does Laser Lipo Cost?

The cost of laser liposuction varies depending on the type of procedure used and the location upon which it is performed.

If you are looking to improve your figure with liposuction, Dr. Cat Begovic specializes in traditional power-assisted liposuction in Beverly Hills. Dr. Cat does not recommend the laser liposuction, as these methods do not produce the most desirable outcomes and present a risk for many adverse effects.

Laser lipo can result in scarring, burning, and other irregularities that Dr. Cat’s traditional liposuction will not produce.

Dr. Cat has developed her own unique approach to liposuction procedures, ridding the body of excess fat that cannot be lost through diet and exercise. She also specializes in liposuction with fat transfer, helping to sculpt the body into a more desirable shape.

To learn more about Dr. Cat’s procedures or to schedule a consultation, reach out today!

What Happens if I Gain Weight After A BBL?

What Is The BMI Requirement For Plastic Surgery?